Yes, we are a cajun band from sweden. And we got bagpipes!

- In other words, The Swejun band,  Bengt Lindell, Louisiana

Alligator Gumbo is a band from southern Sweden that, due to the members' love for the music of

southern Louisiana, interprets and plays traditional and self-written Cajun music in a way that is true to tradition. The vocals are unrestrained and emotional and sung in Louisiana French and in local swedish. We also teach out dance-steps to the audience at concerts, becouse this is dance music.

The great enthusiasm of the organizers and the audience has not only spread in the north,

Lafayette LA. The prize is awarded annually to the best cajun music recorded by a cajun band

southern Louisiana. There he met luthiers and jammed with legends of Cajun and zydeco music,

and also surprised by playing bagpipes in the cajun music.
2020 Alligator Gumbo will release their 3th album. A live recording from Norberg, "Live at Norberg".

Josefin & Thor is also living in a village called "Hajom" east of Göteborg, Sweden where Alligator Gumbo made their music video. 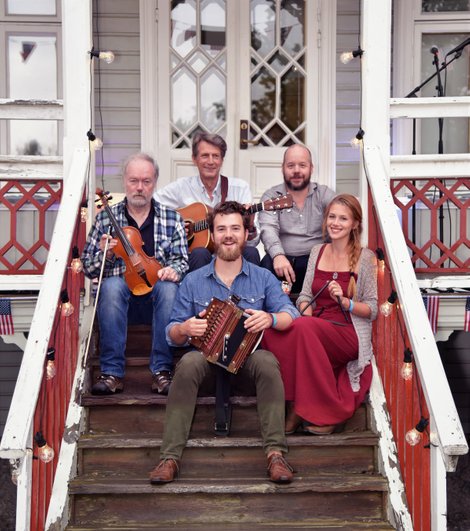